Subjects of Faith Nursery & Kindergarten Green Church Platzhalter 1 Platzhalter 2 Platzhalter 3 Platzhalter 4 Platzhalter 5 CREDO
Cookie preferences
This website uses cookies, which are necessary for the technical operation of the website and are always set. Other cookies, which increase the comfort when using this website, are used for direct advertising or to facilitate interaction with other websites and social networks, are only set with your consent.
Configuration
Technically required
These cookies are necessary for the basic functions of the shop.
"Allow all cookies" cookie
"Decline all cookies" cookie
CSRF token
Cookie preferences
Currency change
Customer-specific caching
Individual prices
Selected shop
Session
Comfort functions
These cookies are used to make the shopping experience even more appealing, for example for the recognition of the visitor.
Note
Statistics & Tracking
Affiliate program
Google Analytics
Pinterest
Track device being used
Categories
Information 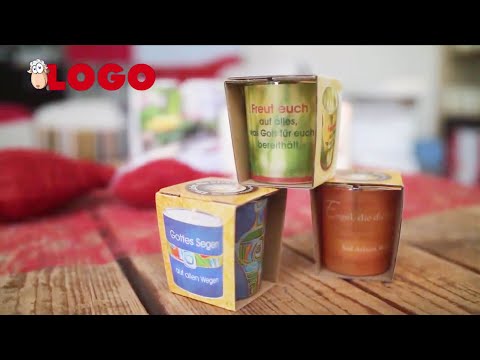 Jesus Christ, lover of life! That’s what this candle holder represents with its Ichthys symbols in different ... to the complete product description

Jesus Christ, lover of life! That’s what this candle holder represents with its Ichthys symbols in different sizes and blue colour. Whether for birthdays, the start of school, Communion or Confirmation, this candle holder is more than just a pretty piece of table décor.

The Ichthys symbol comes from Greek and means “fish“. Early Christian used the fish during the times of persecution as a secret symbol of recognition. To be sure if present, unknown people were followers of Jesus or not they drew an arch in the sand. If the other person then completed the symbol with another arch to make the fish they revealed that they too were a Christian.

The fish wasn’t chosen at random, but rather has two meanings. Firstly, it refers Mark 1:17 where Jesus called upon Simon (who was later named Peter) and his brother Andrew while they were fishing in the Sea of Galilee to go with him and become fishers of men. As well as this, a type of profession of faith can be derived from the beginning letters of the Greek word:

Ch - Christ [the "anointed", in Hebrew "Maschiach" (the Messiah)]

Personal
advice
Trusted Shops Reviews Toolkit: 1.1.3
This website uses cookies, which are necessary for the technical operation of the website and are always set. Other cookies, which increase the usability of this website, serve for direct advertising or simplify interaction with other websites and social networks, will only be used with your consent. More information
Decline Accept all Configure