Subjects of Faith Nursery & Kindergarten Green Church Easter Platzhalter 2 Platzhalter 3 Platzhalter 4 Platzhalter 5 CREDO
Cookie preferences
This website uses cookies, which are necessary for the technical operation of the website and are always set. Other cookies, which increase the comfort when using this website, are used for direct advertising or to facilitate interaction with other websites and social networks, are only set with your consent.
Configuration
Technically required
These cookies are necessary for the basic functions of the shop.
"Allow all cookies" cookie
"Decline all cookies" cookie
CSRF token
Cookie preferences
Currency change
Customer-specific caching
Individual prices
Selected shop
Session
Comfort functions
These cookies are used to make the shopping experience even more appealing, for example for the recognition of the visitor.
Note
Statistics & Tracking
Affiliate program
Facebook Pixel
Google Analytics
Hotjar
Pinterest
Track device being used
Categories
Information 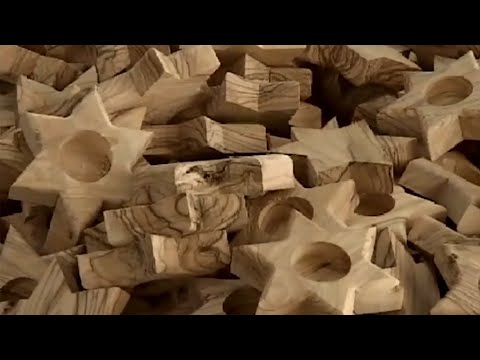 A hand cross made of olive wood in ... to the complete product description

A hand cross made of olive wood in a symbolic shape which represents crossover between an angel and a cross. An environmentally friendly, exclusive gift from Palestine for God parents, parents, grandparents, for recollecting Baptisms as well as for a number of other occasions.

Olive trees grow in the Holy Land. An evergreen tree which can become as much as 2,000 years old. From the Bible we know that Noah’s dove brought back an olive leaf to the ark and that Jesus prayed next to an olive tree, which is still there to this day, on his way to Jerusalem in Gethsemane.

The cross is the most important Christian symbol and finds its place in the middle of our lives as the symbol of faith, as a place for meditation, motivation and inspiration.

In our Online-Shop you’ll also find wall crosses made of olive wood, bronze, glass and much more. You’ll also find our exclusive gift pouches fitting to the cross pendants.

The wooden cross symbolises primarily the sacrifice of Jesus Christ and the connection to the world as God’s creation. In the centre God’s presence is tangible. Here, the idea of becoming one even with those initially opposite is symbolised. For example, heaven and earth, ghost and matter.